Code Lemuria is an ancestral and bioenergetic system

Code Lemuria is a bioenergetic system that allows through a solar sequence to generate healing and abundance, while restoring the resonance between the being, our physical body and the universe.

Code Lemuria is designed to change paradigms and be used by everyone who wants to take the reins of one’s destiny. It is a call from our ancestors to flow in abundance, beyond our beliefs, with a sequence of solar manifestation coming from our own vibration to produce success and healing in any profession or activity.

Code Lemuria is directed at every being that resonates with love, that has the heart and mind open to share and honor unity in the certainty of being able to contribute in human learning; it is a profound search for those who want to learn from the knowledge and wisdom that the ancestors and teachers have bequeathed us.

26,000 years ago, there was a continent in the middle of the Polynesian triangle where men and women lived in peace, unity and abundance. This natural state was interrupted by invaders who after multiple manipulations of our corporal vehicles and our earth atmosphere produced the blockage of the human Hologram until today.

Since then, the sages from this continent, known today as Lemuria, aware of these serious manipulations, kept the totality of “the Lemuria connection codes.”
So a few traces of an “Universal Hologram conector” remained in native cultures of the world. Nevertheless the invaders succeeded to divide this unity, focusing our attention on form instead of content, in order to generate discords and maintain the power until today. 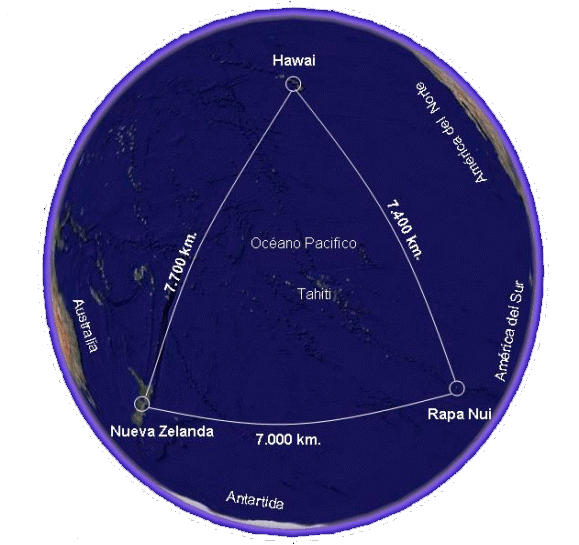 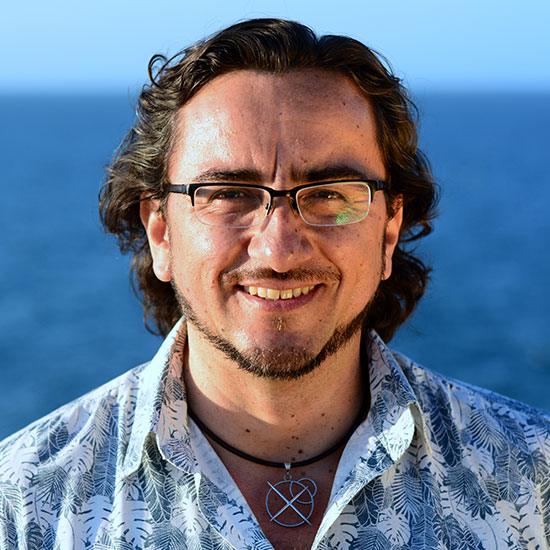 Marcos Guerrero Vyhmeister, Master and founder of Code Lemuria was initiated by a Master in 1981 when 12 years of age. During six months he reminded Marcos of his origin and function, describing to him the global situation. Then, there were other meetings with other masters until today.
In 1999, he started a series of initiatory journeys to India, Egypt, Chile, Ecuador, Polynesia, Tikal, Teotihuacan and a few more where he received teachings and initiations from various Masters.

In 2000, he is recognised by an old woman from RapaNui, Nua I Isi; then in February 2011 he finds himself officially supported by two important old men from the Island.

In 2013, he started to spread the knowledge organising trainings and conferences around the world, as an astrologist from India had announced 11 years before.

Sylvain Coulomb, coordinator of Code Lemuria shares his time among sessions and trainings internationally; and the organisation of initiatory journeys with Marcos Guerrero. A French national and engineer agronomist, Sylvain arrives to Chile in 2005 in order to take care of a large vineyard. It is then that he discovers energy and wine interactions together with Steiner biodynamic that make him change his vision of Agriculture.

In 2010, he travels to the Easter Island and is fascinated by the ancestral energy which he finds. Connected to health and healing energies since a child, Sylvain decides to make a professionnal change and turns towards energetic therapies. In 2013 he cofounds an integrative health centre in Santiago of Chile. He meets with Marcos Guerrero this very year during the first Code Lemuria training and they start working together in 2014 in the disclosure of Code Lemuria teachings.

This site uses cookies. By continuing to browse the site, you are agreeing to our use of cookies.

We may request cookies to be set on your device. We use cookies to let us know when you visit our websites, how you interact with us, to enrich your user experience, and to customize your relationship with our website.

Click on the different category headings to find out more. You can also change some of your preferences. Note that blocking some types of cookies may impact your experience on our websites and the services we are able to offer.

These cookies are strictly necessary to provide you with services available through our website and to use some of its features.

Because these cookies are strictly necessary to deliver the website, you cannot refuse them without impacting how our site functions. You can block or delete them by changing your browser settings and force blocking all cookies on this website.

These cookies collect information that is used either in aggregate form to help us understand how our website is being used or how effective our marketing campaigns are, or to help us customize our website and application for you in order to enhance your experience.

If you do not want that we track your visist to our site you can disable tracking in your browser here:

We also use different external services like Google Webfonts, Google Maps and external Video providers. Since these providers may collect personal data like your IP address we allow you to block them here. Please be aware that this might heavily reduce the functionality and appearance of our site. Changes will take effect once you reload the page.